With growing evidence of the development of resistance to commonly used antiparasitic drugs in horses, it has become increasingly important to consider deworming in a strategic manner.  The rate of resistance development can be influenced by factors including inappropriate dosing, frequent administration, mass treatment of animals, as well as husbandry and management practices.  Traditionally, it has been accepted that regular deworming is provided to ALL horses, with seasonal rotation between anthelmintic preparations.  Research suggests that strategic worming to minimise disease resistance, whilst preventing clinical disease is the end-goal.  Bearing this in mind, it is important to acknowledge that horses don’t need to be parasite-free to prevent disease and that achieving a parasite-free horse is impossible!  Parasitic disease is generally a consequence of a burden, but clinical severity can be influenced by factors such as nutrition, co-existing disease or other stressors.  Large parasitic burdens can cause a wide range of clinical signs, and some parasites are known to be associated with particular presentations clinically.

If we are to preserve the efficacy of the anthelmintic drugs that we have, a shift away from the traditional protocols is required, and a new plan must be devised.

Currently, the most important disease-causing parasites in horses include tapeworm, ascarids, and cyathostomes.  Of these, resistance is reported in both ascarids, and cyathostomes.   Ascarids and large strongyles are known to cause colic due to luminal impactions and mechanical obstruction of the GIT, and tapeworms are acknowledged to cause colic inducing inflammatory change within the caecum, and are linked to an increased incidence of ileocaecal intussusception and caecal rupture.   Cyathostomes infect the horse and are able to evade attack from anthelmintics by encysting themselves within the mucosa, and harm the host via several methods when excysting from the mucosal cysts, at times causing massive rapid weight loss and diarrhoea.  Other parasites, can cause pathology that may not necessarily result in colic, or sometimes, obvious clinical symptoms at all.

It is important to note that worming protocols between foals and adult horses are quite different.   Strategic worming in young horses is not recommended, due to increased potential for contamination, and reduced immunity when compared to older animals.  During the first 12 months, foals should be wormed 4 times at 3-month intervals.

Yearlings and 2yo horses should be considered as high shedders (>500 eggs/g faeces) and treated accordingly.

Horses over this age group should always be wormed in Spring and Autumn, regular faecal egg counts to identify shedders and treat accordingly can be carried out q1-2 months in between. 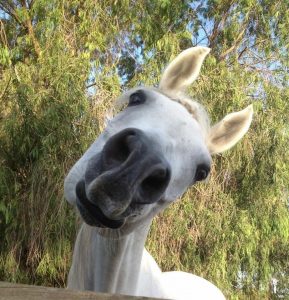